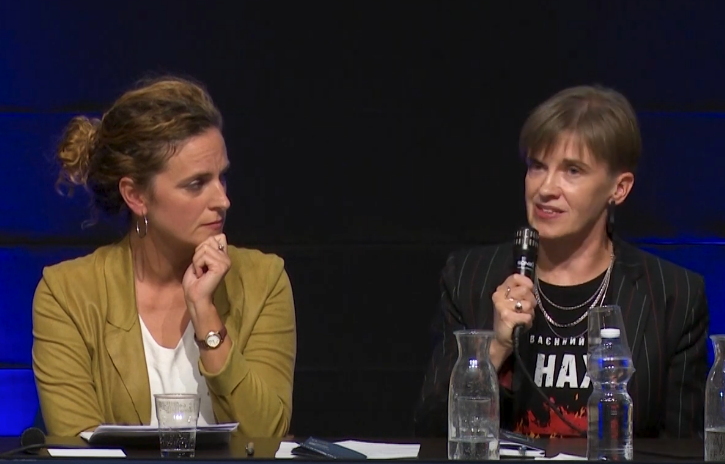 “Listening to Putin was like getting into a time machine,” said Bosnian writer Faruk Šehić during our ‘Lector in fabula’ panel when recounting the déjà vu he had in the days before Russia’s attack on Ukraine in February. The same mechanisms that marked the war in the Balkans in the 1990s are at play today, he noted. And what happened should have come as no surprise; the speech held by Vladimir Putin just before the invasion was basically the same as those by Radovan Karadžić back in 1992: Bosnia is not a real country and shouldn’t exist, Bosnian Muslims make up a fake nation, and so on. If Russia will win the war in Ukraine, open conflict will immediately flare up in Bosnia, Šehić warned. “And that war in Bosnia, will not stay only there. It’s like opening Pandora’s box.”

While recognizing the solidarity shown by many countries, Ukrainian writer and publisher Kateryna Mishchenko described a profound feeling of loneliness as one of the strongest characteristics of what it means to be a Ukrainian today. Ukrainians are in the end alone in this war: “They are getting weapons, they are getting money, they are getting promises of European integration – but it is they who have to die, to sacrifice their lives.”

A recording of our ‘Lector in fabula’ panel from 23 September 2022 is available here: