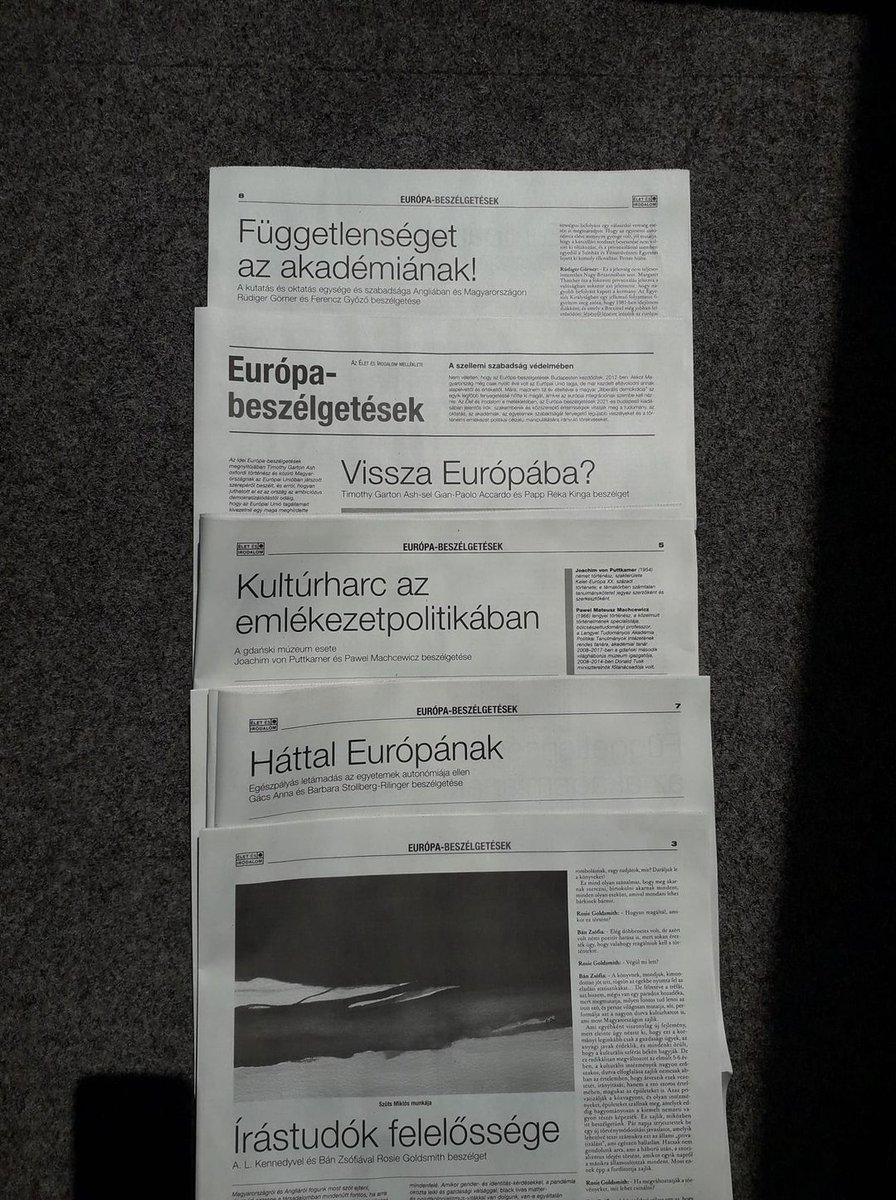 “I felt there was a need in Hungarian children’s literature to talk about difference since there has been so much radical propaganda against difference of any kind under the Orbán regime,” said Hungarian writer Zsófia Bán in our recent Budapest & Beyond series that took place in May. Talking to A. L. Kennedy and Rosie Goldsmith, she described how her children’s book, Vagánybagoly és a harmadik Á, avagy Mindenki lehet más, which among other strong characters features a girl with two moms, was publicly torn up by a far-right MP in the lobby of the office building of the parliament in Budapest.

The recent developments in Hungary, with new bans in place, have not made this or the other talks in this series lose any of their urgency and topicality. On the contrary.

Meanwhile, Hungary’s leading intellectual magazine, Élet és Irodalom, has published a special supplement featuring all the Budapest & Beyond talks. In addition, the Hungarian translations were also made available online. Moreover, both Voxeurop and Eurozine have started to publish English transcripts of the talks. We feel much pride that these conversations have reached and will reach an even bigger audience this way.

Debates on Europe Panel in Sweden